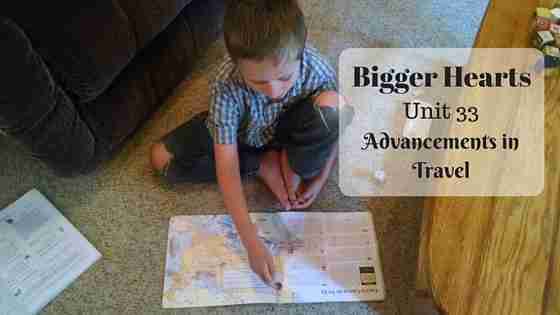 We covered a lot of ground this week!  In History we learned about the World Fair which showed the many advancements made around in the world in science, art, and literature.

We read about Cal Rodgers in Journeys of Time.  He flew across the United States in a airplane called the Vin Fiz just a few years after the invention of the plane by the Wright Brothers.

For Geography, we did a fun map activity where Kevin would throw a coin and then tell me information about the state the coin landed on.  This may sound like such a simple activity, but the extra element of throwing a coin, makes it seem more like a game. We also used the book Yo, Sacramento! to learn more about the state capitals.  (This isn’t part of the guide, but I had the book around the house so I decided to use it.)

In Science we continued reading about Thomas Edison’s childhood.  He was always full of questions; so much so that his teacher was frustrated with him and his mom withdrew him from school.  Thomas Edison was always curious and experimenting.  One time he had his friend drink a fizzy mixture to see if the gas would cause his friend to fly.  Instead it made his friend sick.

For an experiment we added baking soda to vinegar and water to see the different reactions. Kevin really enjoyed watching this.  We discussed chemical reactions and Kevin filled out an experiment page. 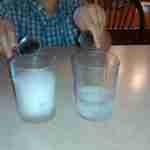 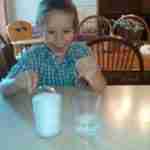 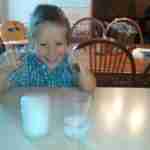 We also read about the Panama Canal and it’s importance in world travel and trade.  And we learned about Louis Armstrong in Journeys of Time.

We started the folk tail genre in Storytime.  We’re reading Sir Malcolm and the Missing Prince.  This has been a favorite family read-aloud book, but I realized Kevin was too young to remember the last time we read it, so we’re reading it again.

The poem for the week was “It Can Be Done” (by Anonymous).  The character quality was visionary and the Bible verse was Proverbs 14:6.

Next week will be our last week of school!  We’ve enjoyed Bigger Hearts, but we also enjoy more free time, especially as the weather gets nicer.  Of course, learning continues even when we’re not doing “school”.