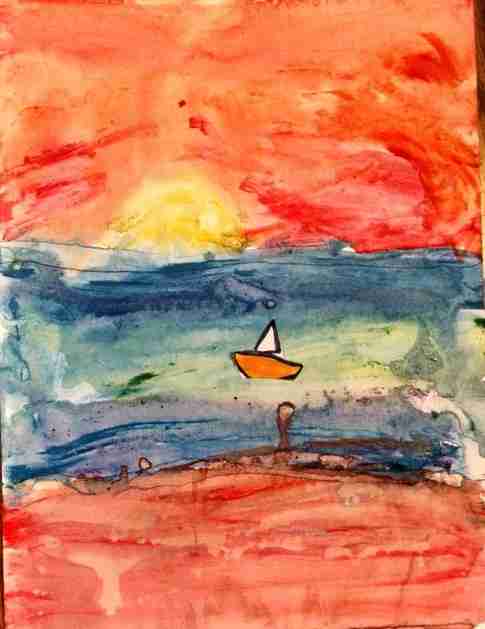 This week we studied the end of The Revolutionary War.  We also studied how the states united together to form a new nation and how Washington became the first president.

We also discussed a little about how this country is governed.  Kevin filled in a chart about the different branches of government.  I chose to use the file from the HOD facebook group, because it seemed like a difficult assignment, but after we were finished I realized it wouldn’t have been much harder for Kevin to make his own. 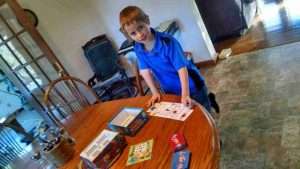 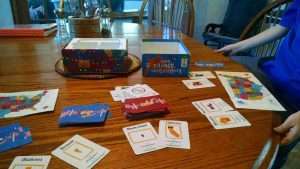 In science we continued reading One Small Square: Woods.  We learned about the different tricks insects and other animals use to hide from predators.  Kevin made a butterfly and hid him in the living room.  He found the couch was a good camouflage background for his butterfly.  Then he filled out a science lab form. 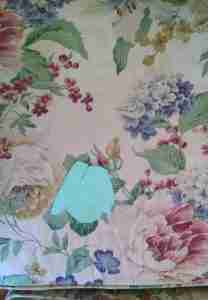 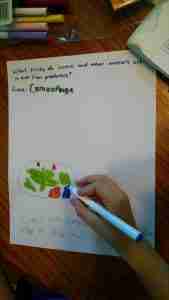 We also studied about the life cycles of different insects and Kevin made a notebook page about a Monarch butterfly’s life cycle. For Poetry we studied the poem Washinton by Nancy Byrd Turner.  We looked for the poem’s rhyme scheme and discussed personification and found examples of it in the poem.  Then we made up some of our own sentences using personification by completing the phrases found in the guide.

The character quality for the week was integrity and the Bible passage was about Daniel who lived a life of integrity even in a hostile, foreign land.

Of course, we also did Handwriting, Math, Reading, and English, but I didn’t take pictures of those.  I’ll try to write about how those are going in a different week.

Thanks for joining us and I hope you had a great week. When we ask our sons what some of their best memor

Just watching the fire while my corn muffins bake

"The leaves are all dead on the ground, Save those