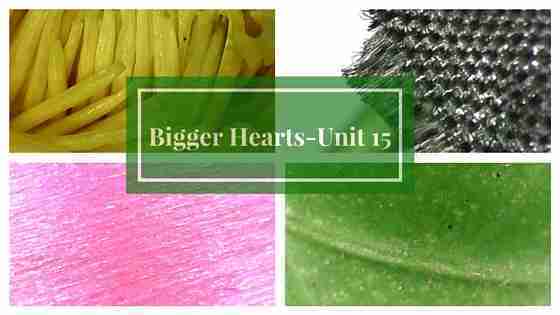 In Heart of Dakota’s Bigger Hearts for His Glory we continued studying the Revolutionary War.  We read about how Washington was trapped by General Cornwallis against the Delaware River, and how Washington sneaked away and went on to fight the British in Princeton.  We also studied George Roger Clark and Francis Marion, who was also known as the swamp Fox.

For an art project, we made an icy river with a canoe.  We used salt paint for the icy streaks and covered the canoe with coffee grounds. One of our vocabulary words was hasten and Kevin drew this cute, little, speedy-looking guy.  He is getting so much faster with his vocabulary cards.  They used to take him such a long time. For science we started the book One Small Square:Woods.  Kevin copied a diagram of a leaf from the book and labeled it. We also did a fun experiment where we compared living and nonliving plants.  We were supposed to use  a microscope to examine the differences between living and artificial plants, but the boys received a zOrb digital microscope as a gift a while ago so we used that instead.  It’s been so much fun to look at different things under the microscope with it.  We compared an artificial rose, an ivy leaf, and I was even able to find a lone dandelion flower in the garden that has survived the winter so far.

Our poem for the week was “See it Through” by Edgar A. Guest.  We talked about mood and read the poem in different voices.

Our character quality of the week was initiative and we discussed how Kevin could show initiative in his life to glorify God.