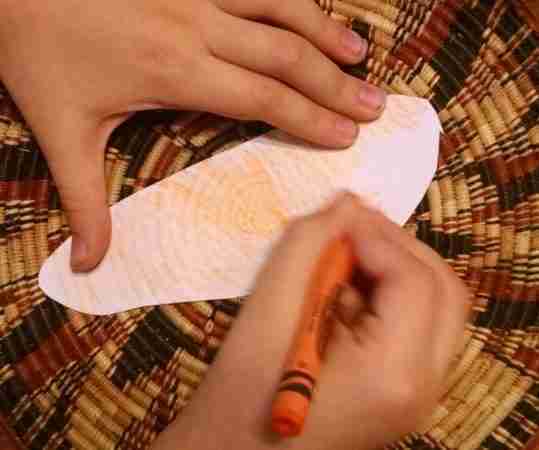 We had a fun week in Bigger Hearts.  We actually finished this unit a few weeks ago, but I didn’t get around to writing about it.  We also didn’t do the art project so I wanted to finish that, too.  We’re doing school this week, because we have some other vacations planned for later.  That is one of the blessings of homeschooling.  We can decide when it suits best to take time off.

We read about the rising tension between England and the colonies and the beginning of the Revolutionary War.  We did a fun activity where Kevin was given chocolate chips and then “taxed” until he didn’t have any left.  Some of the things he was taxed on were the size of his house, whether he had sugar in the cupboard, or whether we have coffee or tea in the house.

We read about how Washington’s men had to march through the snow, many of them barefoot.  Kevin did an art activity using different size footprints and textured surfaces to remind him of the hardships they endured.  It was a lot of fun looking for different textures and making the crayon rubbings.  The children didn’t want to stop and did extra ones because they found so many neat textures. 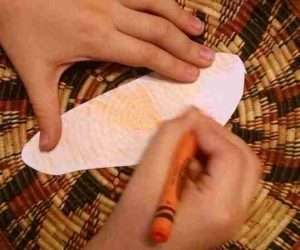 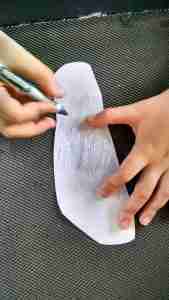 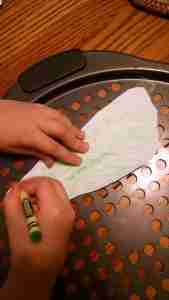 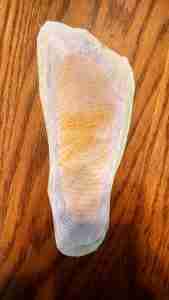 We also read about Henry Knox and how he helped bring the cannons from Fort Ticonderoga to Boston.  We discussed transportation and how things have changed since that time.  It took Knox and his men around three months to transport the heavy guns!  Kevin made a notebook page about what he learned. 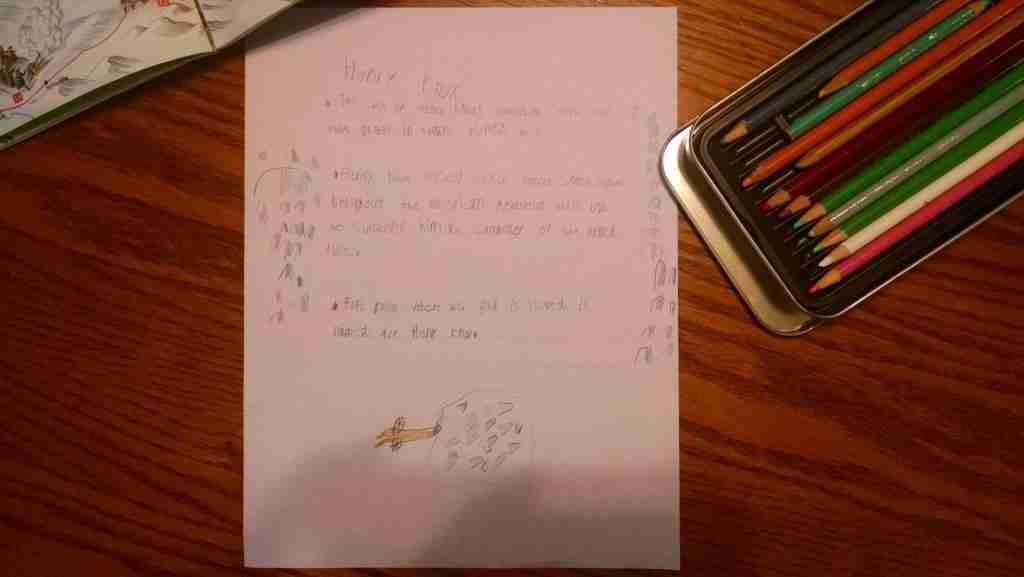 We read and studied the poem, “A Nation’s Strength”.  We discussed rhyme scheme, which Kevin is getting really good at.  It doesn’t take him long at all to tell me what a poem’s rhyme pattern is.

In Science, we finished reading about John Audobon.  We discussed amazing bird facts and Kevin made a page to add to his science notebook. (I see a few mistakes I didn’t catch.  I guess I need to check his work better.) 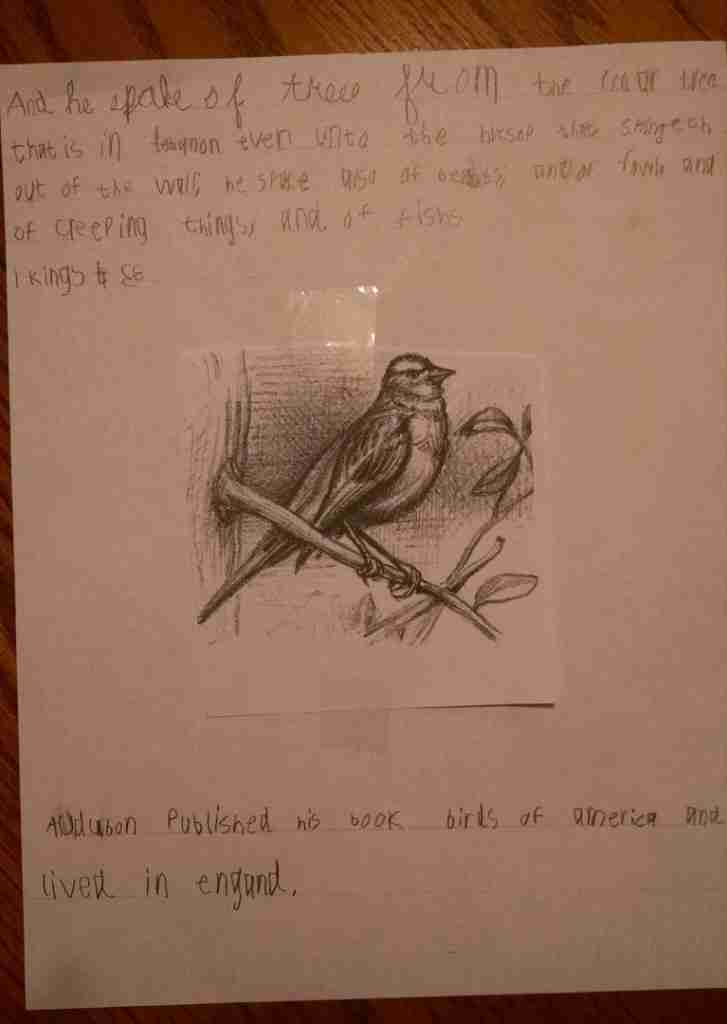 In story time, we’ve continued reading The Twenty-one Balloons.  We’ve been discussing what makes a story a fantasy, different moods, and focusing on the character trait “brotherly love.”

We also discussed what it means to be a leader from Proverbs 11:14.  We read about Joshua and how God equipped him to be the leader of His people after Moses’ death.

Thanks for reading!  I hope you all had a wonderful Christmas time and may you have a blessed New Year.