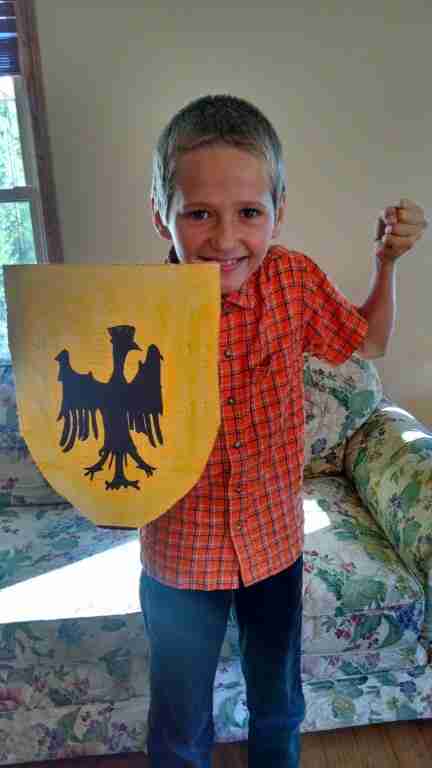 It’s easiest for me to write about what my son in Bigger Heart’s is doing, because I’m with him so much of the time.  The other boys are fairly independent (sometimes too independent, I admit), but I’ve found if I let them be too independent and don’t check in with them often, their work slips.  I read this post over on the Better Mom that emphasized how “we need to inspect what we expect.”  That’s been going around in my head for the past few days, and I know it is something I need to work on.  I’ve found I can so easily let myself be distracted during school hours with the computer or other things, that I don’t inspect their work like I should.

I’m working on getting more organized with more scheduled check-up times and am looking forward to better weeks ahead.  But even with a bit of an unorganized start to this year, I feel like the boys are all learning a lot.

Caleb has been studying about knights in Resurrection to Reformation.  He’s been enjoying the history projects.  In unit 7, he made a shield with a coat of arms. And in unit 8, he made a game that he enjoyed playing with his brother. He’s been enjoying the book Exploring Creation with Astronomy and often tells me interesting bits of information about the planets or comets or something else he’s been reading about.  He did an experiment in science that involved making a model volcano.  He thought it was great fun! He also did a project where he gathered different objects to represent the different sizes of planets in the solar system. I found out later he didn’t read all the instructions and he was supposed to make a scale model of the distances between the planets. At least he helped his brother out with a similar project in Bigger Hearts this week, but maybe we’ll still do this. We’ve also been enjoying the art time together. When we take turns sharing details from the paintings, it usually turns into a contest about who can remember most. In World History, Micah’s been enjoying listening to You Are There and studying Julius Caesar.

He’s using Geometry: A Guided Inquiry and it’s going pretty well.  Micah’s very self-motivated and responsible, but I realized this week that he started doing some of the proofs in his head instead of writing them down.  I told him he really needs to write them down since this avoids fuzzy thinking and forces him to make sure his arguments don’t make leaps in logic.  He is enjoying Geometry and is eager to share what he learns with his younger brothers. 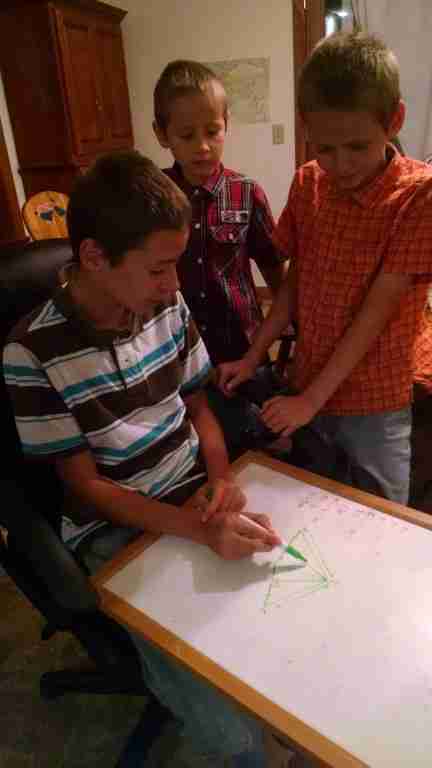 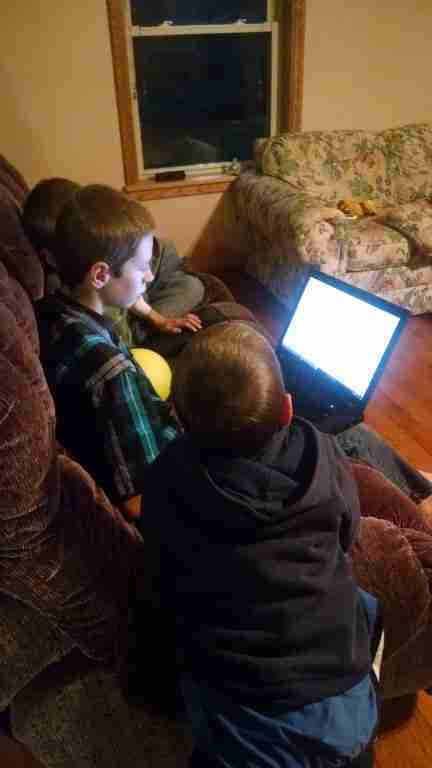 Working on GeoGebra after school

I’m glad the boys are enjoying learning even though we got off to a bit of an unorganized start.  Thanks for reading!