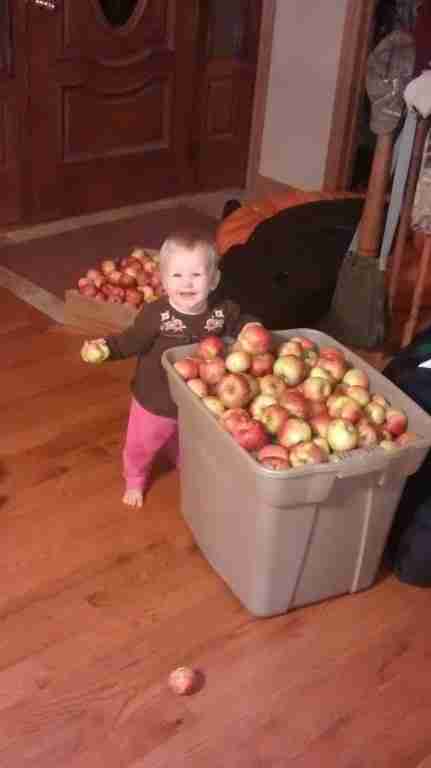 We had another great week with Heart of Dakota’s Bigger Hearts for His Glory Program!  We learned about James Winthrop (the first governor in Boston), and about Nathaniel Bacon revolting against the unjust governor Governor Berkeley in Virginia.  We also learned about a resourceful plantation owner named Eliza Lucas who introduced indigo in South Carolina and Thomas Smith who introduced rice.

In science, Kevin drew a diagram of a flower and labeled it. Sometimes we use the science printables from the Bigger Facebook group.

This took him so long, that I only had him write part of the paragraph he was supposed to write under the drawing.  Sometimes I think he doesn’t have an artistic bone in his body. Even when I model the drawing for him he will often draw the exact opposite.  I really have to concentrate on being patient and encouraging and making it a fun time for him.  I know that even if his drawings don’t turn out like I think they should, he is learning a lot doing them.

We also studied how fossils were made. 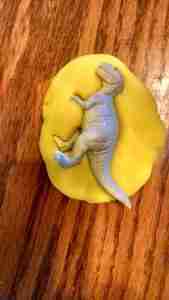 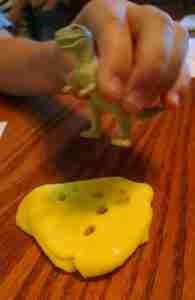 And he did a model of the solar system showing the relative distances between the planets.  The big orange bean bag was the sun and he placed index cards where the planets would be. 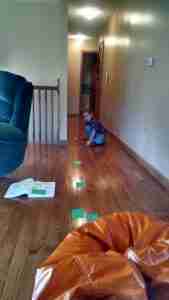 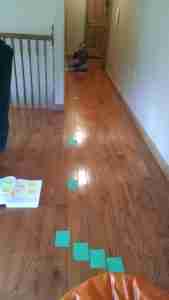 I was pleased to see his work in Cheerful cursive is carrying over into his other schoolwork.  He is so eager to start using cursive and I continue to see improvements in his handwriting. His handwriting isn’t always this neat, so it’s a treat to see this.

For history he made a sheet displaying different goods and services. For vocabulary, he chose to define cutworm.  (I wrote the sentence on the bottom, because he was running out of room.  I need to remember to draw guide lines for him.) In story time, we drew hot air balloons to illustrate the rising action in Snow Treasure.  (Our timing is a bit off, so this is our first day doing this activity.) For geography, we studied bays, peninsulas, isthmuses, and islands.  Kevin made land forms with play-dough in a bowl and then poured water on them to see what kinds of geographical features would appear. To be honest, I almost skipped this because our play-dough was a bit dried out and I thought it wouldn’t add much to the discussion, but Kevin loved this activity and wanted to do it again and again.  It shows me that every activity has value and I shouldn’t be quick to drop things.  (And the play-dough even softened up once it dried off.)

In art, Kevin made a wigwam out of clay and covered it with cereal pieces.  We had to press pretty hard to get the cereal to stick. In poetry, we studied alliteration and Kevin came up with a sentence using his name and other words beginning with a K.  I let him use the dictionary for help. The character trait for this week was industriousness. We read in the Bible that we should learn from the ant who gathers food in harvest time.  Then I told Kevin if he’s industrious with his hand-writing he can watch the Reading Rainbow ant and grasshopper fable I found on YouTube.

This was such an appropriate character trait to be studying this week!  We had an abundance of free wild apples and decided to make applesauce with them.  It was easy for Kevin to see the connection with what we had been studying.  It was a lot of work but we ended up with sixty-seven jars of applesauce.  It was good even for me to be reminded of the value of hard work. 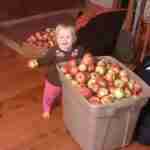 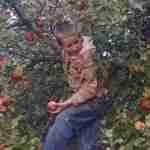 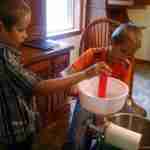 The boys have really been enjoying the fruits of their hard work! I hope you had a great week!  Thanks for stopping by.

I found this book (affiliate link) on Amazon that’s about a day in the life of Eliza Lucas Pinckney.  It looks like it would go really well with this unit.  Unfortunately, my usually awesome library did not have it, but maybe yours does.

Previous Post: « How to Survive Long Car Trips with Small Children
Next Post: Resurrection to Reformation- Units 7 and 8 »