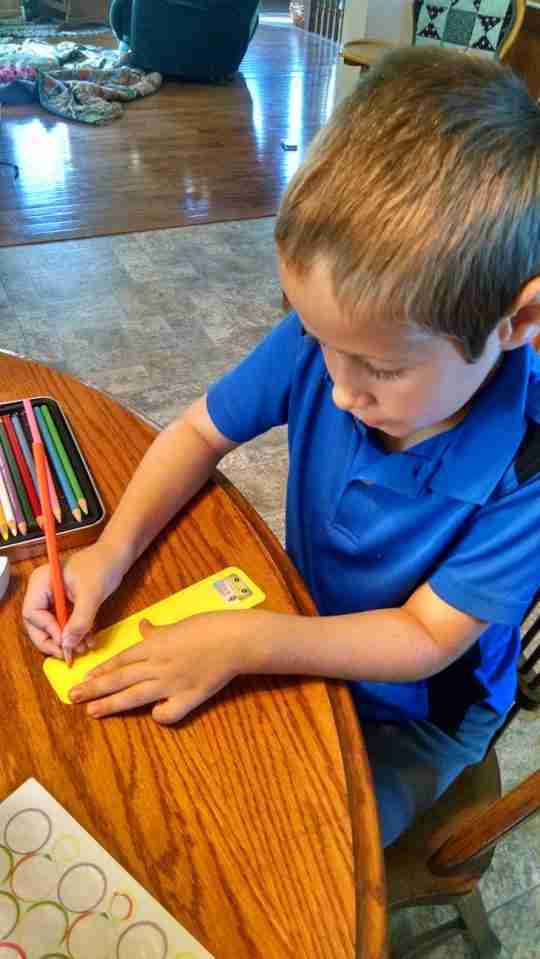 For story time we read Ben and Me.  I was worried that some of the language was a bit hard for my seven-year old, but he kept assuring me he was understanding.  The oral narrations were a bit hard for him, though, so I think it was a stretching experience.  We often took turns narrating because he got stuck.  Narrations have never been easy for him and I hope to see some improvement in this area this year.  After we finished the book we watched the short Disney cartoon Ben and Me on YouTube.  He (and his brothers) really enjoyed that.

We also watched this fascinating video someone posted in the Heart of Dakota Facebook page that shows how books used to be printed.  This tied in well to the book Ben and Me that we had just finished.

For science we’ve been using One Small Square: Seashore.  We’ve enjoyed learning about the seashore and what kinds of animals can live there.  We’ve also enjoyed the experiments.  In Unit Three we were supposed to pour saltwater on a plate and see what would happen as it evaporates.  Because we were doing the experiment over the weekend, we forgot to look at it until all the water was gone.  We were all astonished at the results! 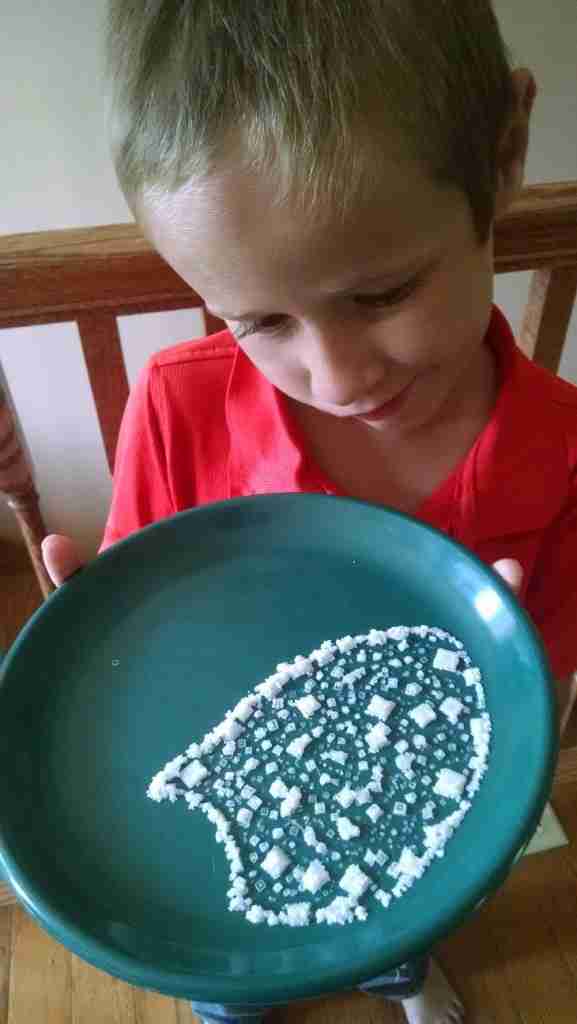 My son showing off his salt water evaporation experiment.

Beautiful crystals had formed as the water had evaporated. 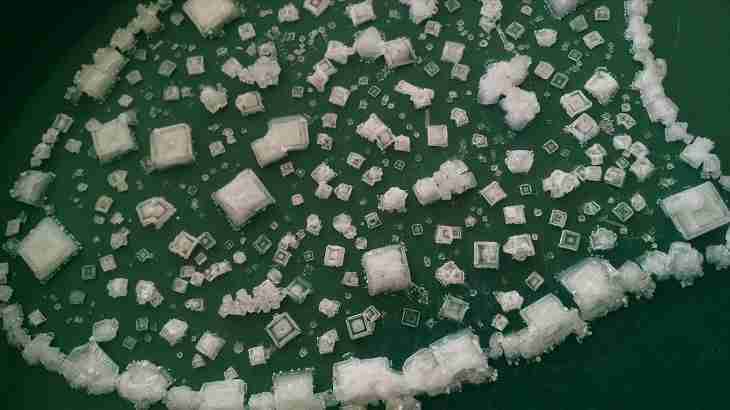 His brothers were so excited about this that they started their own.  They even tried to dye the water to see if they could make different colored crystals.   They were so interested in crystals that I had to go retrieve a crystal making kit I had dropped off at the thrift store just a few days earlier that had been sitting around unused for years.  I loved how this simple experiment piqued their curiosity.

“Curiosity is the wick in the candle of learning.” – William Arthur Ward

We also studied the character trait “responsibility” during storytime and my son made this bookmark to remind him of what we had studied. 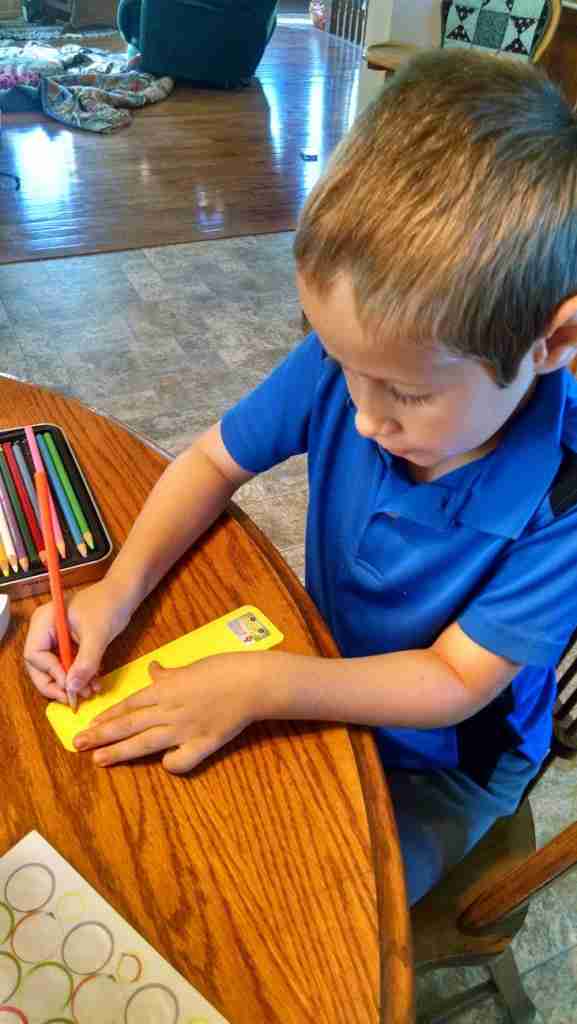 I think it turned out great! 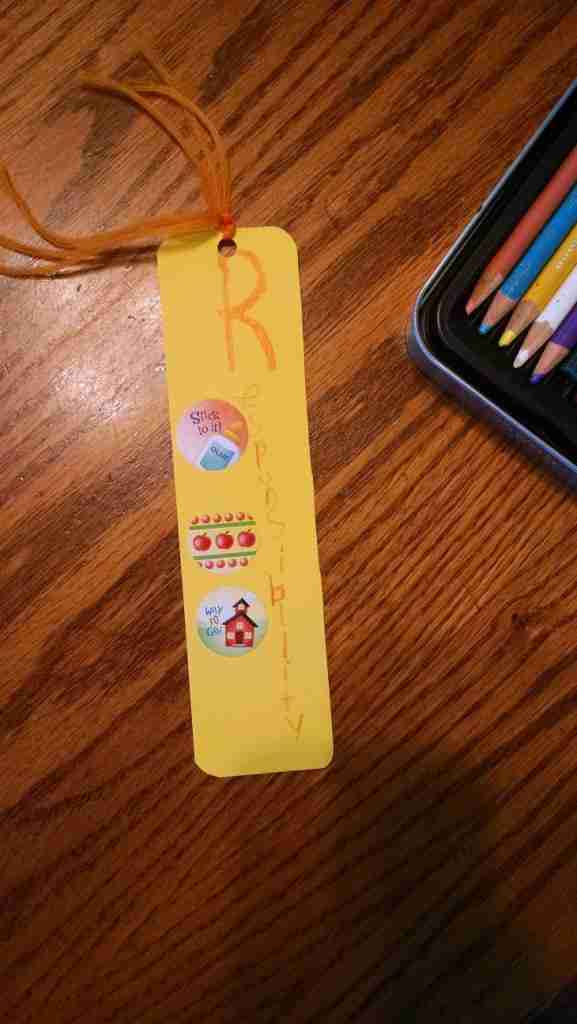 We’ve also been really enjoying Cheerful Cursive.  I wrote about it here how it’s been helping my son with his handwriting.  It was so hard for him at first but he’s really catching on. 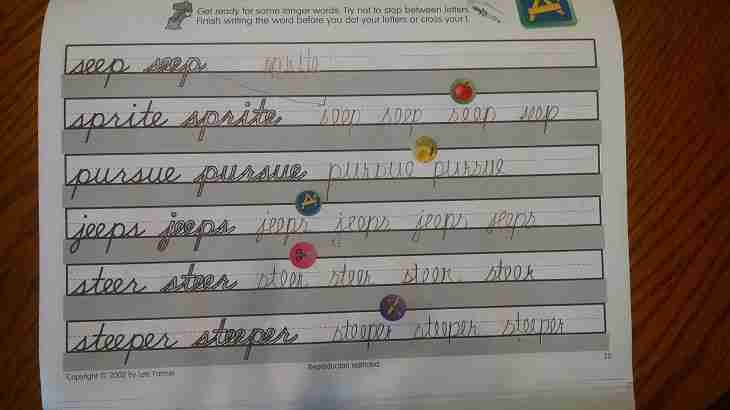 I’ve been putting  a sticker next to his nicest words and sometimes it’s hard to decide.  I’m looking forward to seeing him get to the point where handwriting is no longer a struggle.

There is so much more I could write and I hope to keep more up-to-date so I can include more details.  We love Heart of Dakota and are so glad we found it.

If you’ve enjoyed reading this please leave a comment!  I’d love to hear from you.