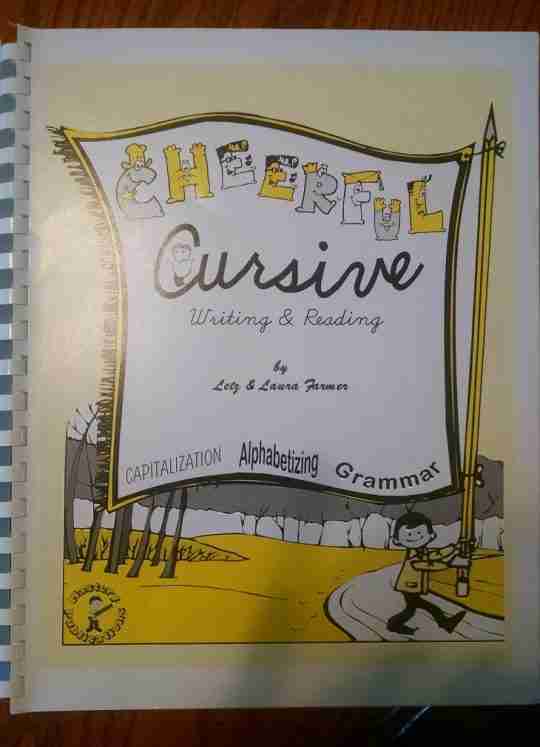 A lot of schools have phased out cursive as something that isn’t important in this digital age.  Learning cursive has many advantages, though.  Knowing how to read cursive is essential if you want to read what others have written in cursive.  Learning how to form the letters helps with fine motor skills and can aid children who are having difficulty with handwriting.  We love Cheerful Cursive by Letz and Laura Farmer.

My seven-year old son is bright in a lot of ways.  He can out-do me in mental math and he’s an awesome reader but handwriting has always been difficult for him. 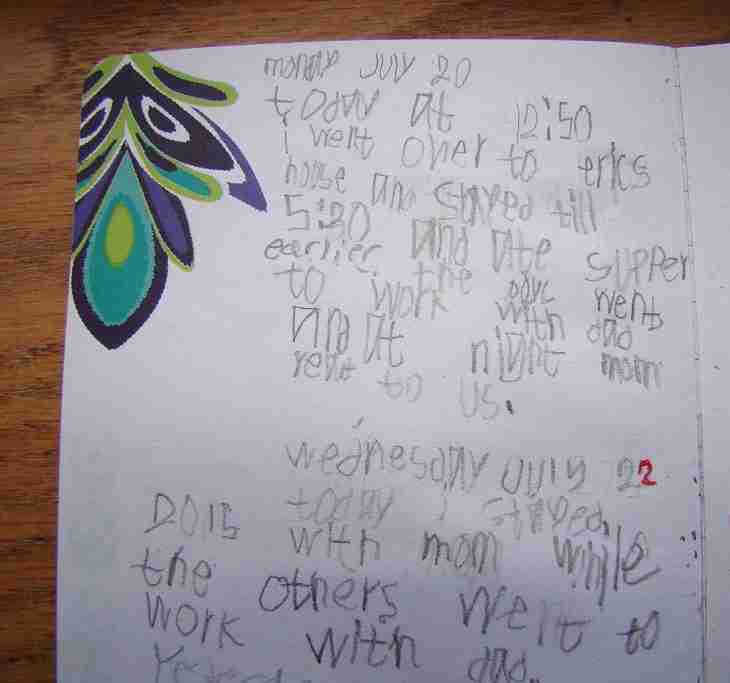 A journal entry that my son wrote a few months ago.

I decided when he first started learning to read that I would not dampen his love for learning by making him do a lot of  writing.  I modified his curriculum so he would have to write as little as possible. 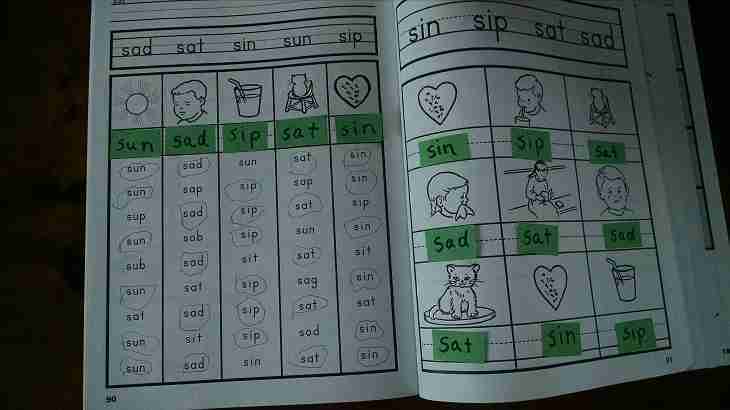 Even numbers were hard for him so I sat next to him and wrote most of them for him.  He loved math and I didn’t want that to change because he had difficulty forming the numbers.

The curriculum we are using this year, Bigger Hearts for His Glory by Heart of Dakota, recommended Cheerful Cursive for beginning cursive instruction so that’s we decided to use.

The first day the assignment was very simple-to make a continuous set of cursive u’s.  I could not believe how difficult this was for my son.  I did not realize there were so many ways to do this wrong!  Finally he managed to get it down, but I was starting to doubt my choice to introduce cursive.

I decided to stick with it for a while, though, because I had seen learning cursive make a huge difference in one of my other children’s handwriting. Over the next couple days I was surprised to see how quickly he caught on. 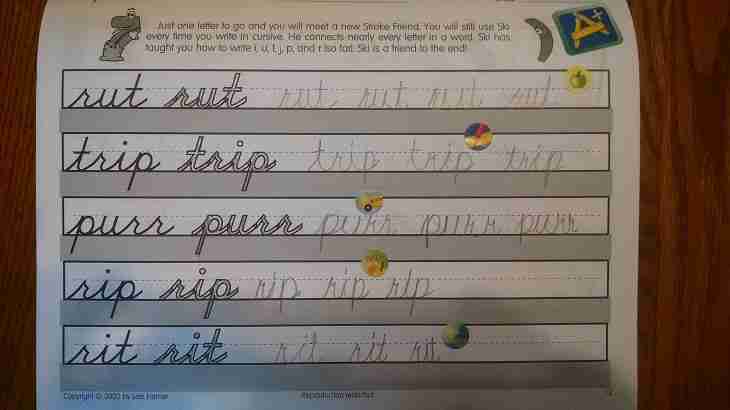 I could not believe this was the same boy!

He went from handwriting being his worse subject to saying he actually liked it.

I highly recommend Cheerful Cursive to someone who’s looking for a handwriting program.  There is enough variety to keep it from getting boring.  It includes fun practice in reading cursive.

It also includes other language arts skills like capitalization and alphabetization. 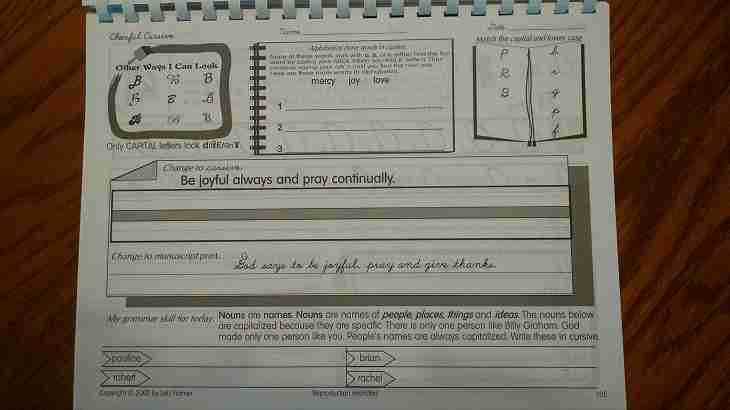 These are presented in a fun way and the lessons are short and diversified to keep them enjoyable for your child.  Not only that, your child will be learning God’s word at the same time.  I’m glad that my son no longer dreads handwriting and is actually cheerful when he opens up his Cheerful Cursive workbook.