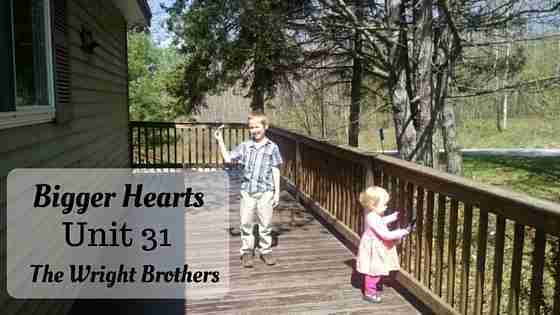 This week in Bigger Hearts for His Glory we continued following the Wright Brothers as they came closer to their goal of making the first airplane.  It’s astonishing to realize how little attention their own hometown paid to them as they were in the middle of one of the most exciting inventions in history.  Their neighbors ridiculed them.  The newspapers ignored them. The newspaper didn’t even bother to publish their first flight because they didn’t believe man could fly, but instead published that the stores were especially busy with Christmas shoppers.

We’ve been doing experiments relating to flight, so this week Kevin made three different paper airplanes and tested them to see which ones flew better. We also began reading Thomas Edison: Young Inventor.  As a young boy Thomas Edison was always curious and asking questions.  One time he tried hatching the pet goose’s eggs.  We experimented with squeezing an egg in the palm of our hand and seeing if it would break.  I think Kevin was squeezing pretty hard, but not too hard, because he was afraid of breaking the egg.

For Storytime, we’re in the realistic fiction genre.  We finished Understood Betsy this week.  While this is more of an historical fiction book than a realistic fiction, I decided to read it because we didn’t get to it when we were doing historical fiction.  I wasn’t sure it would grab my son’s attention, but he loved it.  He would even ask me to read it in the evenings.

We discussed setting this week.  I asked Kevin how he knew that the book didn’t take place in modern times and we came up with a few things together (transportation, no computers, prices).  We also discussed point of view.  I love how all the literary terms are covered in the lesson plans through short discussions scattered throughout the year.

I love seeing the progress Kevin made this year, especially with his handwriting.  This is an area he really struggled with and he would often ask for help with writing words or sentences at the beginning of the year.  I gently encouraged him to do more of it on his own and now he never asks for help.  He has come such a long way from the struggles he had at the beginning of the year. 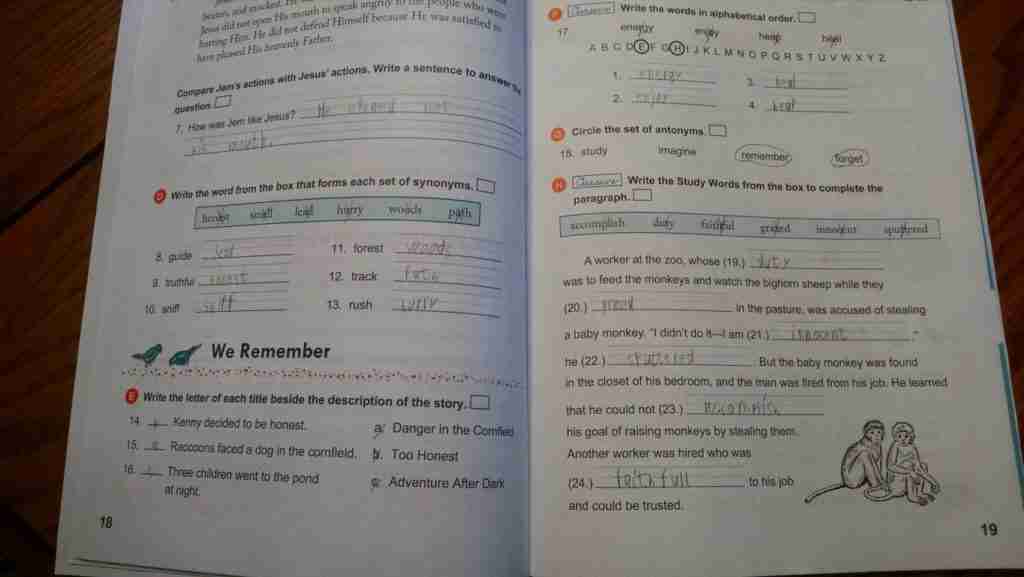 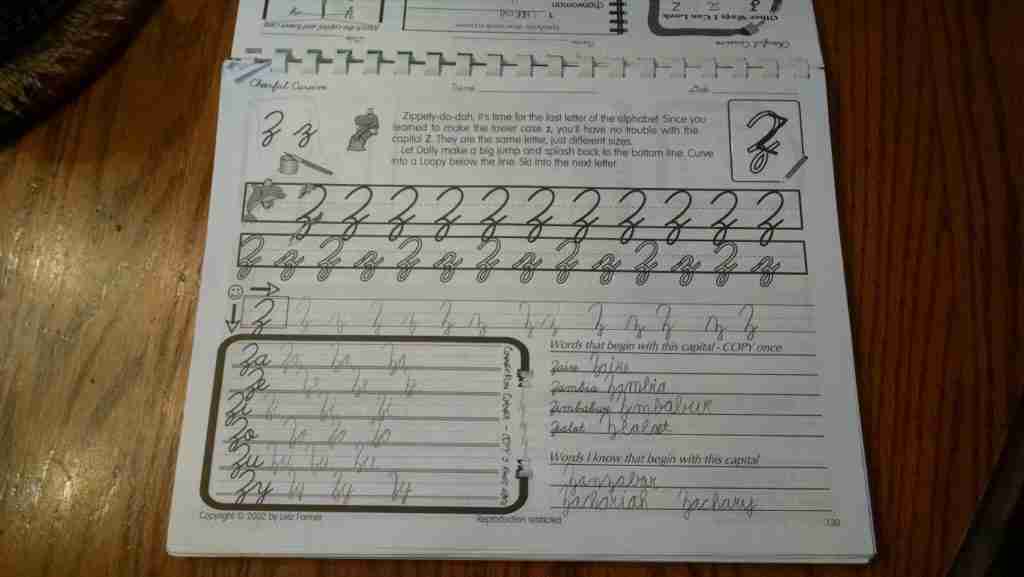 Our character trait for the week was hard-working. The memory verse was Proverbs 14:23.  It talked about how labor brings profit, but if we only talk about things it will bring poverty.  Wilbur and Orville Wright did much more than just talk about their desire to fly; they worked hard until they achieved their dreams!