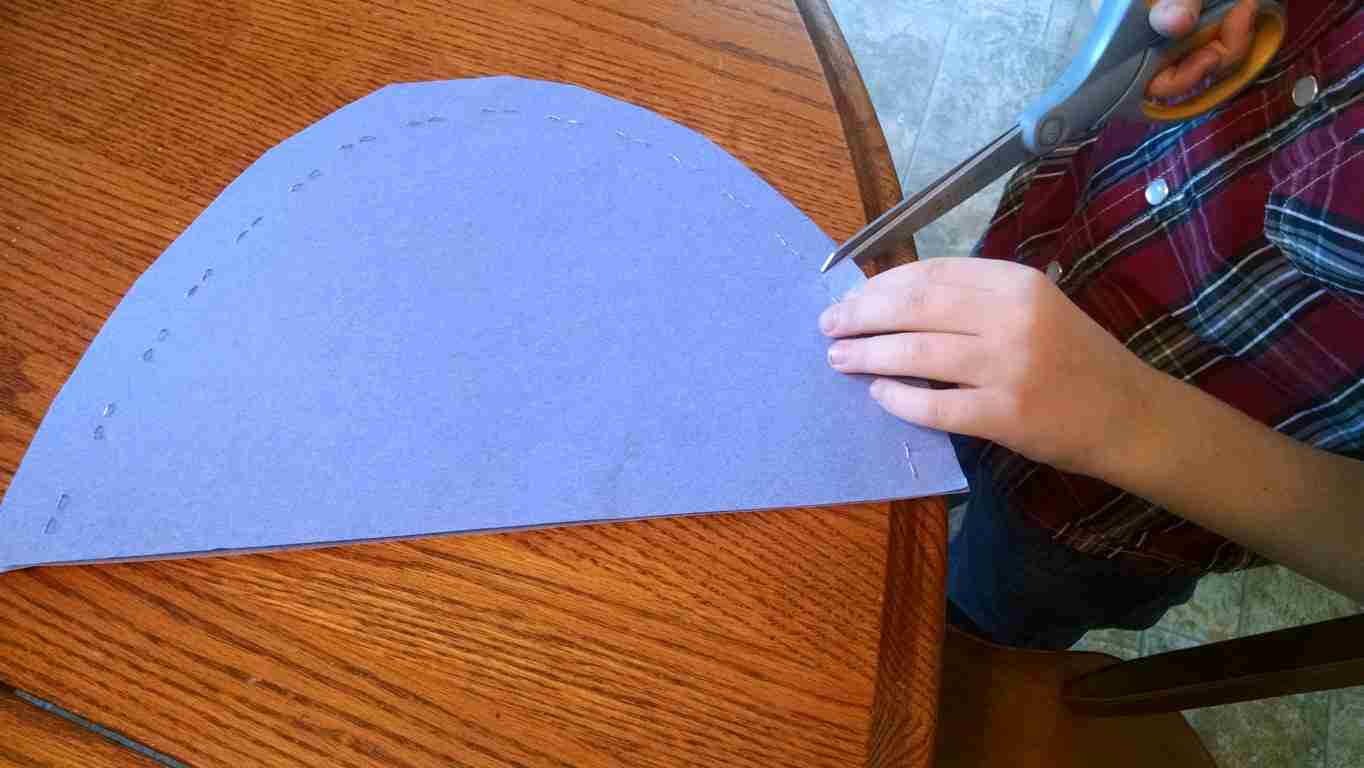 This week in Bigger Hearts for His Glory we studied Andrew Jackson.  Andrew Jackson was different from the previous presidents.  He was the first president of the United States from the frontier of America.  He had an extremely quick temper and fought 103 duels in his lifetime.  He was called “Old Hickory” because of his rough character.  To help remember this, Kevin made a notebook page showing a picture of a tree and listing different facts about Andrew Jackson. For art, we made a hat like Andrew Jackson wore. We had to do this project two times. We used card stock the first time and had to do it again with construction paper because it was too small.  The extra inch on the construction paper made a big difference.  We cut out two semi-circles from blue construction paper, stapled the rounded edge, cut fridges along the edge, and that was it- a hat like the one shown in A First Book of American History (or at least a bit like it).

For science, we continued reading in A Pioneer Sampler.  We read about how hard the settlers worked to clear the land, how they had to make sure that their animals were safe from predators, and also about how they gathered wild honey from honey trees. Kevin also got to make Johnnycake muffins since we discussed the different ways settlers used corn.  They turned out great and I ended up making chili for lunch to go with them.

We also discussed how bees find flowers and how they see flowers differently than we do.  Kevin colored a picture of some flowers and then added a wax paper layer to depict the ultra-violet light that guides the bees.

Kevin has been using CLE Reading 3 for reading and that is going well.  I started the year out by doing some of the writing for him and noticed lately that he never asks me to write for him anymore. For English we have been using worksheets that I made to go along with Rod and Staff English several years ago for Kevin’s older brother.  We’re going to be out of worksheets soon (I didn’t make them for every lesson), so I need to decide if I’ll make more or just go back to using the book like before.  It’s been a nice change of pace. Kevin is doing really well in math (Singapore 3B) and learned the concept quickly about how to add and subtract mixed measurements.  I can’t believe I used to write some of the numbers for him at the beginning of the year.  He has no problem making them now (except occasionally he makes an odd-looking one). For story time, we started the nonfiction genre.  We’re reading Reptiles Do the Strangest Things.  I bought a set of these books at a used library book sale and they have a lot of interesting facts in there about animals.  I had to do a little editing for some evolutionary content, but otherwise we’ve been enjoying them.