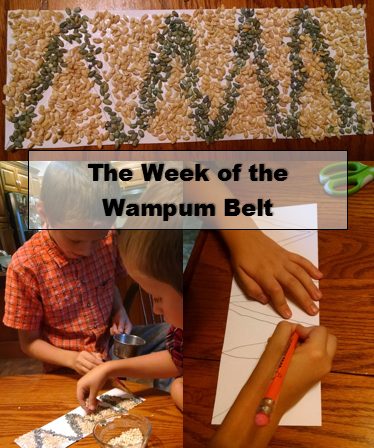 This week in Heart of Dakota’s Bigger Hearts for His Glory we studied King Philip’s War. This was a dangerous and scary time to be living in the New World.  Our character study was on courage.  As I read the story of Shadrach, Meschach, and Abednego, I was hoping that I can raise my sons to stand courageously for God even when everyone around them is not. Kevin making a “safe house” like the settlers would have needed during times of Indian attacks.

In Science, Kevin made a diagram of the planets. he had such a great attitude even with all the drawing and writing.  He loved using his big brother’s astronomy book to look up the planets so he could color them accurately. 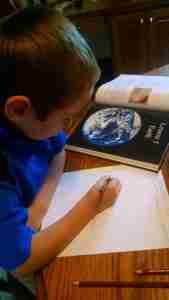 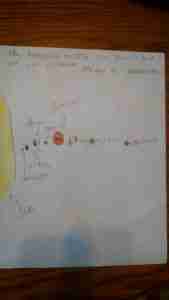 In History, he made a wampum belt. The design in the book was pretty complicated so I let him do a simple geometric design. The process of painting on the glue and sprinkling dyed barley got a little tedious for Kevin, so big brother jumped right in and helped him finish. 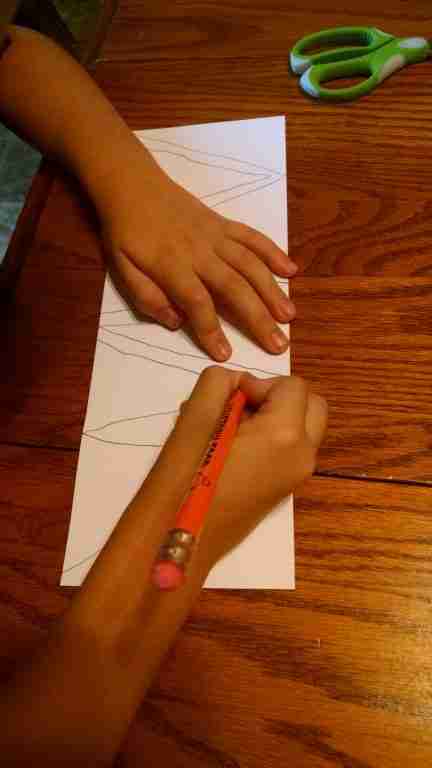 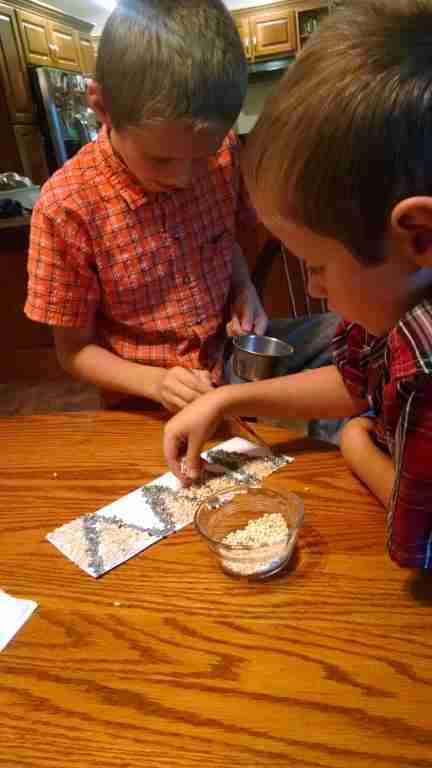 We were supposed to tape the finished belt to a History notebook page, but it ended up pretty bulky (probably it would have been less bulky if we had used rice like the instructions said instead of barley, but we were out), so we taped in a photo instead. When it came time to do a vocabulary card, Kevin chose the word wampum. I asked him if he would like to learn how to make a curved belt like shown in the history reader and we pulled out You Can Draw in 30 Days by Mark Kistler.  We spent some time following the directions in the book. 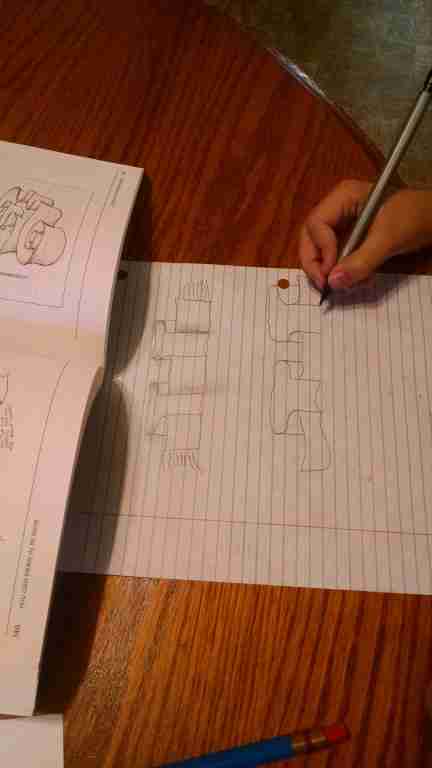 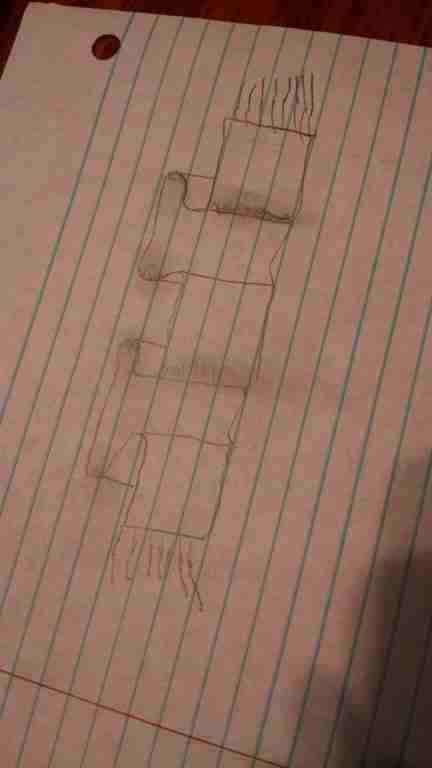 He and his brother continued practicing in the afternoon and made some pretty impressive banners. Kevin did the yellow one on the right with a little help.

He was pretty pleased when he had to draw another wampum belt for his timeline entry on King Philip and he could use the drawing skills he had learned. This was an exciting week for me as my son’s teacher as I saw him grow in areas that we’ve been working on for so long. I can see how the small steps we’ve been taking are paying off in areas of handwriting and artwork, both areas my son has really struggled with.  I feel blessed that I can spend this time with him and guide him both academically and spiritually.

Oh, and one more thing.  Kevin’s favorite poem so far is The Arrow by Richard Henry Stoddard and he always asks for it when he gets a choice of which poem to hear.  We were pleased to find out this week that we had both memorized it without trying.

Thanks for stopping by!